On the 6th of February 2016 , the Billabong Roadhouse will hold its first official live concert night called "The Back Yard Bash" . The concept is quite simple. It's directed to people who love live music. Set up a big stage ,big sound, concert lighting and some good bands ,literally in the back yard. Keep the numbers small and let everyone enjoy the night under the stars with their mates and the music.

To kick off the first of 3 annual concerts for 2016, is two hard hitting bands.

The feature band is Vdelli, who were Perth based, now residing in Germany.

Vdelli have more than 2 decades of rock and blues under their belt. Engaging, hypnotic and totally off the richter scale when unleashed live. They are in W.A for a hand full of gigs in 2016 before returning overseas.

We snagged them at Billabong Roadhouse for one night of explosive rock and blues. Supporting them is RAGDOLL, a hard hitting rock band from Perth, who in their own right have a strong following and excellent stage presence.

So bring your campers, swags, tents and camp out for the night. Free camping is available in limited numbers at the Roadhouse or you may want to book into the billabong homestead. But either way ,, don't miss this event

The Perth Blues Club"s comments sums it all up.

"VDELLI have not once had a bad review in over ten years of live performance and most critics are found wanting to find superlatives to describe this astounding live act. A must see for any music enthusiast, VDELLI are unforgettable!"

There are limited tickets for the evening. 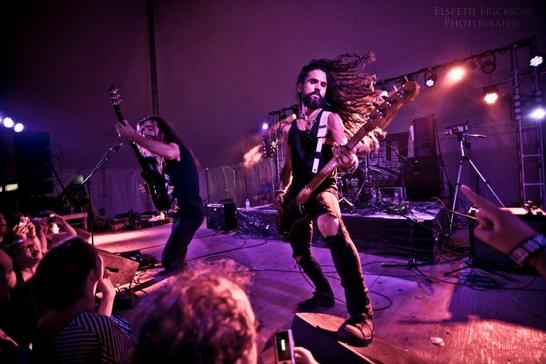 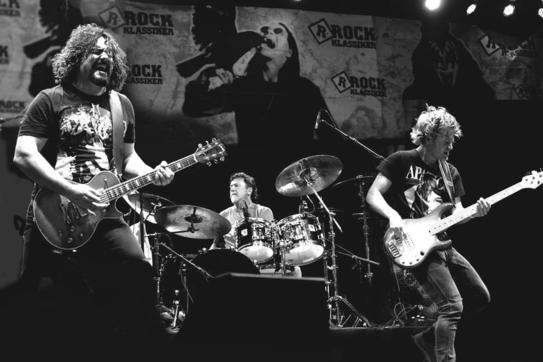 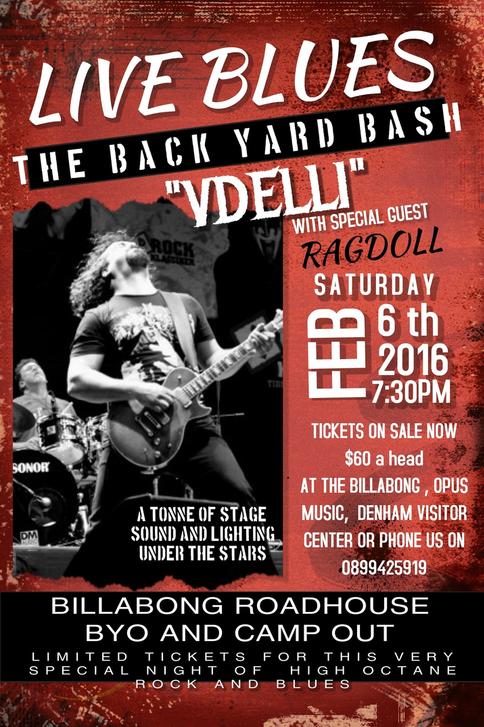 The billabong back yard bash

live under the stars

one night of high octane rock and blue Type your paragraph here.